Here are the lives of fourteen remarkable people having in common a personal spiritual experience which changed and moulded them.

Given to unconverted people, these biographies challenge the heart and open the way to further spiritual influence.

For the preacher, youth leader or Sunday School teacher, they provide outstanding testimonies to illustrate and enrich messages for years to come.

Extracts from this book

John Newton (Sailor, Deserter, Slave-Trader) – With his mind grappling with spiritual problems, one other thing worried him. He could see that God could forgive sinners, but would that include him? In everyday life, one can forgive a friend, but to forgive your arch-enemy is impossible. Why should he expect God to do this? The answer lay in the Bible, where Newton read about Saul of Tarsus, a man who hated Christ and persecuted Christians; yet Saul was freely forgiven and called by God to be an apostle. If there was mercy for Saul, thought Newton, surely there could be mercy for him too. Watch the video.

Martin Luther (Dawn Breaks over Europe) – As Luther searched the New Testament for answers to his many questions about the true way of reconciliation with God he noticed that the only people who thought themselves able to earn God’s favour were the self-righteous scribes and Pharisees, and these were repeatedly condemned by Jesus Christ. He saw that, according to the Bible, ‘There is none righteous, no not one…for all have sinned, and come short of the glory of God’ (Romans 3.10 and 23). Watch the video.

It is fascinating to read of how the Lord dealt with all these individuals in his own way leading them step by step to him. Their coming to Christ reveals the glorious grace of God in saving them. Also some of these individuals’ waywardness once they were Christians shows just how deceitful our hearts are even when we are converted! Their experiences in this regard are a sobering lesson. However to read of the powerful evidences of Christ in these men is a wonderful encouragement to us all for it reveals the glory and goodness of God in recreating his fallen creatures to his own likeness. – English Churchman

6. Leader of the Lords – Viscount Alexander of Hillsborough

8. The Man Behind the Red Cross – Jean Henri Dunant

10. Burned at the Stake – Bilney, Tyndale and Latimer 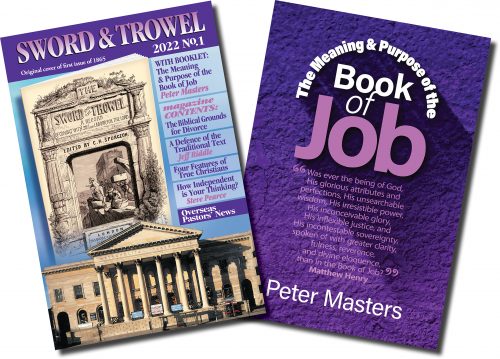